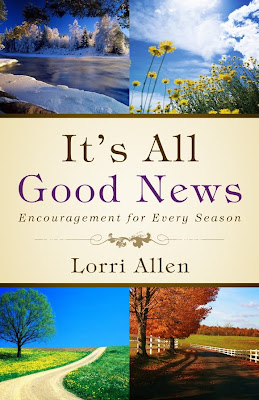 The second grade teacher, Mrs. Johnson, went around the room. "If you could buy anything you wanted at the dime store, what would it be?" Most of my classmates liked the idea of a Hershey's bar. Even though I was already a chocoholic, I had a different answer: "A Big Chief tablet so I could start writing my book!"

It's been a long time since second grade, but God finally answered the call He put on my heart to write a book. The circumstances that got this book published are not normal. Someday, I may share that story, but for now, I am thrilled to have this book designed to encourage Christ-followers. Please consider buying it for yourself, for your church library, for your women's small group study or Bible class... or bring me into speak on this new topic.

You can order the book through www.WinePressBooks.com or www.Amazon.com or through me!

The book is comprised of 52 short essays, suitable for a quick read or a devotional. One church in Texas is using it for a Bible class, so I've developed questions to ask at the end of each chapter. You have to get those from me.

Now, I'm off to find a Big Chief tablet so I can start my next book...
Posted by Lorri Allen at 7:39 PM No comments:

The Blessing of a Cat

A strange-looking cat showed up at my parents' place in the country about a year ago. They thought it was wild until it came up and rubbed against their legs. He could leap up on the roof or a treetop in a single bound. He looked hungry, so Mom kept putting food out. He would eat and eat and eat and never gain an ounce. 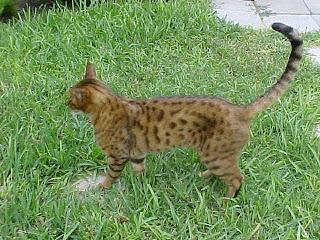 Soon the mystery was solved. He was a Bengal Cat, bred to look like a Leopard. He's beautiful, with burnt orange fur and black spots. He's affectionate. He looks hungry because these cats are longer and leaner than a normal house cat. 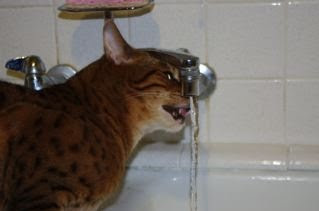 Mom was afraid he was someone's pet. So she got him to the vet's (there is only one vet in their town) to see if anyone was missing such a special animal. No, said the vet, but let's see if he has a microchip. No chip, so he became a member of the family and got a name: Tigger. 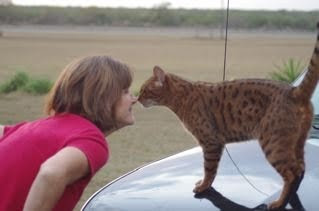 Mom and I are allergic to most cats, but not to Tigger. He's earning his keep by killing plenty of rodents. The Schnauzer, Muffin, Does Not Like Tigger. She was having a hysterical barking fit at him, and Tigger just went up and rubbed against her. Muffin became barkless. Isn't that a great lesson for us all? When our mere presence incites wrath, we can just go offer love. 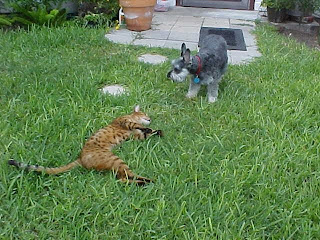 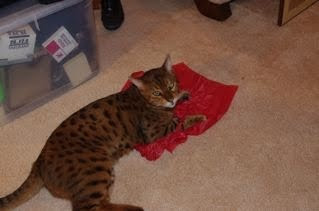 May blessings like Tigger wander into your life unexpectedly and bring you love and affection.

Last month, I asked you to help me celebrate my birthday by figuratively running the Cowtown marathon with me. It was a humid day, a hilly course, and I was coming down with a stomach bug! But I finished, and thanks to all of you, raised about $900 for YouthHaven.

Posted by Lorri Allen at 3:56 PM No comments:

Why Preachers Shouldn't Talk Too Long

When I was a kid, we belonged to a non-demoninational Christian tradition. My dad was thrilled when the preacher didn’t take too long with the sermon. Dad would say, “Now we can beat the Baptists to lunch.”

A few years ago, I worked at the North American Mission Board and was required to attend a Southern Baptist Church. In the hallways, I would hear folks say, “I hope the pastor doesn’t go too long today. We want to beat the Methodists to lunch.”

The Methodists have always been so gracious to let me come to speak to their Sunday school classes… and in churches where some people went to early services, I was advised, “Don’t go over your time limit. We need to beat the Presbyterians to lunch.”

That tells me we are all more alike than different. We all like to eat lunch!
Posted by Lorri Allen at 3:54 PM No comments: 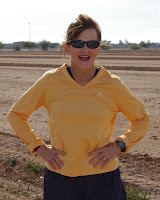